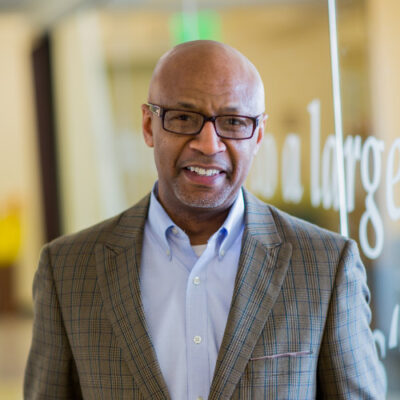 Miles Wilson is a philanthropic professional with nearly 30 years of experience supporting the U.S. social sector as well as past efforts in Northern Ireland, the Netherlands, and South Africa. Miles’ work has covered a broad spectrum of core social sector activities, and he currently serves as the Deputy Director of Education Grantmaking at Ascendium Education Group. Miles was most recently a Senior Fellow with the Aspen Institute Forum for Community Solutions. This feature, Social Justice and a Relevant Philanthropic Sector, is the final in a six-part series of blog posts about his experiences in philanthropy. A version of this blog series is running on the Center for Effective Philanthropy website. Access the entire six-part series here.

For foundations that care about advancing a more just and equitable society, simply fixing the internal operations of foundations is not enough. The next step is to begin or increase foundation giving through a long-term commitment of granting dollars to nonprofit organizations that are at the center of local and national efforts to advance social justice. The National Committee for Responsive Philanthropy defines social justice philanthropy as “funding intended to benefit underserved communities” and “funding whose explicit goal is long-term systemic change.”

For foundations that care about advancing a more just and equitable society, simply fixing the internal operations of foundations is not enough. The next step is to begin or increase foundation giving through a long-term commitment of granting dollars to nonprofit organizations that are at the center of local and national efforts to advance social justice.

Furthermore, Seltzer says that effective practice includes a sound analysis of the “forces that contribute to injustice, the effects of membership in oppressed classes of people, institutional structures, and the distribution of power.”  Sound analysis must then be translated into both “an effective formulation of goals and objectives, and a smart choice of strategies and tactics.” Next is solidarity, which refers to a meaningful partnership with the communities they aim to serve, and finally “effective grantmakers take calculated risks.”

As someone who previously managed grantmaking at a social justice foundation, I would add to Seltzer’s thoughtful and valuable comments that effective social justice grantmaking cannot be done effectively without long-term, multi-year, general operating support. For example, nearly all efforts at structural, systemic, or institutional change are long-term endeavors that require nonprofits to invest in substantial and ever-broadening community support and engagement efforts. These efforts demonstrate to policy leaders the substantial and sustained importance of certain changes to community members.

Equally important is the ability of the nonprofit organizations to be as flexible and responsive as conditions demand – neither of these critical elements can be accomplished unless the organization has the ability to plan, budget and execute a long-term strategy with committed long-term funding. The foundation ensured this was the case across the entire portfolio. The critical combination of long-term, multi-year, general operating support funding to social justice organizations produced substantial value and impact on both sides, including an often outsized impact on issues relative to much larger foundations.

It’s really a very simple idea and one that I learned a long time ago during my first professional job in banking – you never fund a long-term venture with exclusively short-term funding because eventually it goes broke. It’s not just a business concept but one that applies to any long-term undertaking that requires sustained and dependable resources to succeed. Too often, nonprofits, including those engaged in social justice efforts, are asked to work miracles when they are underfunded and therefore underpowered to deliver on their important work. In its report, Pennies for Progress, NCRP discussed philanthropy’s lack of progress in changing its consistent underfunding of social justice and underserved communities’ efforts. In particular, the report says social justice work in underserved communities lacked the funding that would support the kind of long-term efforts necessary for social justice strategies to succeed.

We found that in the decade that ended in 2013, foundations support for America’s marginalized communities grew just 15% as a share of all grantmaking. Support for long-term change strategies proven most effective at improving the lives of the poor did not increase at all…and just 1 out of 10 of those new dollars was for long-term systemic change strategies.

Sadly, this lack of real movement on funding underserved communities and social justice efforts occurred during a period when many of the underserved were still reeling from the impact of the Great Recession that began in 2008. The report also shows that one third of the funding provided for this programming came from only 250 foundations that generally prioritize this work. To put it plainly, “there is a lack of commitment to empower people and address the root causes of inequity and injustice in society.”  The field of philanthropy must get serious about taking on the underlying system and structures creating our society’s most entrenched issues.

This series is a distillation of my most important learnings during my 25-year career in the U.S. philanthropic sector. The sector, like the nation, is stuck in the paradigms of the past and it will require courage and meaningful action to change the circumstances and move forward together.

Understand that doing nothing is not an option. We can no longer sit on the sidelines to hedge our bets and play it safe – there is no escaping this. The sector must be in the proactive business of undoing the underlying systems and inequitable power structures that has allowed racism, inequity and injustice to exist and drive our work and our lives since this country’s founding 243 years ago. The price we have paid every day since in lost potential, rights, effectiveness, and lives has been much too high. At the end of the day we must ask ourselves one simple question: in what kind of society do we want to live? Then we must act on what should be an obvious answer.