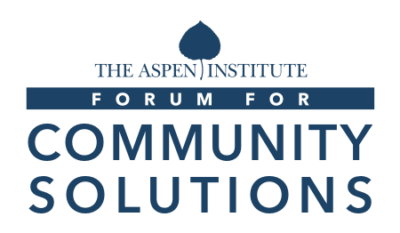 Miles Wilson is a philanthropic professional with nearly 30 years of experience supporting the U.S. social sector as well as past efforts in Northern Ireland, the Netherlands, and South Africa. Miles’ work has covered a broad spectrum of core social sector activities, and he currently serves as the Deputy Director of Education Grantmaking at Ascendium Education Group. Miles was most recently a Senior Fellow with the Aspen Institute Forum for Community Solutions. This feature, Social Justice and a Relevant Philanthropic Sector, is the fifth in a six-part series of blog posts about his experiences in philanthropy. A version of this blog series is running on the Center for Effective Philanthropy website. Access the entire six-part series here.

In terms of people of color employed by foundations, little has changed over the years and is possibly worse. ABFE has recently reported that only 3% of the nation’s philanthropies have Black CEOs running the organization. This percentage of Black CEOs in philanthropy exists in a country where foundation leaders have been talking, writing, and planning aggressively to implement DEI practices for at least two decades and where African-Americans are 14.6% of the US population. This completely belies the number of African-American senior executives whom I’ve known personally over the years that are more than CEO-ready and have yet to be offered the top job.

However, it’s not just an issue with people of color as CEOs but more importantly the best way to change DEI in foundations is to first ensure that DEI exists in the board room. If this is done properly, the CEO and other staff will be addressed sooner than later. Unfortunately, there has been very little movement in this area beyond token representation on many boards as it was in 2009; then, I was part of a committee of foundation trustees discussing how to achieve DEI in foundation board rooms. Another committee participant, Julia Guevara spoke about her experiences as a Latina on a foundation board where the voices of white males and white females were more valued. Further, Ms. Guevara says:

Organizations like to say they have a diverse board, but behind the scenes is a good old boy network, and when it hits it hits hard. With one board member you can have a dialogue, but when you hit up against a network, communication is so much more difficult. It can be really discouraging to find the public face is not the same as the behind-the-scenes reality.

In terms of people of color employed by foundations, little has changed over the years and is possibly worse.

I need to acknowledge a wonderful example from past service on a foundation board that had worked hard over the years to implement DEI throughout the organization and then took it to the next step to establish policy that required grantees to conduct a DEI audit and report those findings to the foundation. The findings and confirmation of those audit findings were included among the factors that determine if nonprofits would receive a grant. They did the same with its vendors as well, with the clear purpose of encourage greater DEI within these organizations.

However, and predictably, there was a substantial community institution that refused to conduct an audit and report the results. Despite the likely pressure by the community elite on the foundation, it held its ground and chose not to fund this organization. I was proud to sit on the board of this foundation that clearly saw advancing DEI as part of its mission and an element of everything it does to build a stronger, more equitable, and more effective nonprofit sector and community.

Getting more people of color employed and volunteering on foundation boards is only half the work, while retention is the other half. Any real effort at retaining people of color at foundations must be intentional and must begin with foundations asking themselves to what degree is the foundation a supportive and welcoming environment for people of color, and then making changes accordingly.  A 2014 ABFE report called “The Exit Interview” offers research-based retention issues and says,

Any foundation that funds communities of color must care about this issue because a deep, and personal understanding of context and cultural relevance matters to both nonprofit and grantmaker effectiveness, including where power building and self-determination for communities of color is concerned. I want to applaud and acknowledge the important work of affinity groups such as Association of Black Foundation Executives (ABFE), Hispanics in Philanthropy (HIP), Asian Americans/Pacific Islanders in Philanthropy, and Native Americans in Philanthropy, that provide support to people of color in philanthropy. While their efforts are helpful, unless substantial numbers of individual foundations are committed and intentional about efforts to recruit and retain people of color, this trend will continue.